Writing One Page at a Time

Hello darlings! It has been a while since I have made any type of posts. I have been one busy woman lately, but that hasn’t stopped me from doing what I love most: READING! As of late, I stumbled across an intriguing series by Elias Raven, an author fairly new to me but nonetheless enticing! Anyone knows that when I enjoy a book, it is devoured! I had the pleasure of reading both of Mr. Raven’s books within weeks of each other, and I was sad to finish them. I wanted more!!

Before we get into the books, here’s a little bit about the author himself. 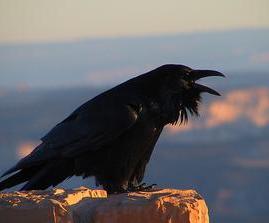 Elias Raven was born and raised in Los Angeles. He’s an avid reader with a lifelong passion for writing. He’s a storyteller, a poet and a talented musician with an amazing voice. Oh, and let’s not forget an amazing cook!
As a young boy he spent many summers reading classics such as “The Adventures of Sherlock Homes” and “The White Company” by Sir Arthur Conan Doyle. His creativity was constantly being pushed as he learned more and more about the world around him. His taste in literature spanned from classics to science fiction/fantasy. He expanded his taste devouring everything from William Blake to Milton, Dante, Baudelaire, Arthur Rimbaud, T.S. Elliot, Emily Dickinson, Robert Frost, Khalil Gibran, William Carlos Williams, Ezra Pound, Paul Verlaine, Walt Whitman, Alan Ginsburg, Jack Kerouac, William Burroughs, Carl Sandburg, Dylan Thomas, and Jim Morrison. These inspirations and his sheer love for reading had him take pen to paper around the age of 20.
Did I mention he’s a Musician? …You can often find him playing his guitars (both electric and acoustic) and keyboards and singing (4 octave ranges) in his home studio. He’s a classically trained music aficionado -trained early on by Beethoven, Brahms, Mozart, Hayden, Liszt, as well as Big Band, Jazz and Rag Time. Spending time with his father at the Los Angeles Philharmonic; experiencing his first orchestra concert at the age of 9.
Elias the Gourmet Cook…Oh My!…His Japanese mother and grandmother trained him very well in fine culinary skills both in cooking and food appreciation from all over the world such as Italian, Indian, Moroccan, Thai, Japanese, Chinese, Korean, Hawaiian, Pilipino, Greek, and Polish.
When Elias is not reading, writing, composing music or cooking…he can be found listening to music, playing games, hanging out with his kids. He enjoys going to concerts, going on culinary adventures, sightseeing, spending the day at the beach or in the mountains…just doing something adventurous!

Cain: Sins of the Father

The Cain family has many secrets. The only son Elias, an alpha male and former rock star, has the “look” with a set of eyes and smile that will drop a girl’s panties at 10 yards. He is the heir apparent to the wealthiest family in the world and it’s now time for the transition of power. But some things never go as planned – especially for this family.

When Elias’ one true love Genevieve returns to his life, they start on a journey to unravel the twisted knot that has been laid before them. They enter the serpentine labyrinth of deceit and despair. Two worlds will collide and meet in the middle. Two men will vie for the love of one woman and to the victor will go her soul. There is no second place, and the very gates of heaven and hell will shake as these two gear up for the ultimate confrontation.

The distant past and the modern world will collide on a rocket ride of twisting emotions and imagery. Every story has a beginning, buckle up for this one.

I highly recommend his work to those of you looking for the next book to movie read. Cain: Sins of the Father was not at all what I expected it to be. It mixed the right amount of sex in with violence, suspense, and nail-biting scenes to leave me craving for more. The title itself pulled me in. Being the occult scholar I am, anything to do with biblical fiction, angels, or the paranormal is definitely my type of read. When I first began the book, I didn’t know what to expect. Hell the first three chapters were some of the hottest erotica scenes I have read in a while (and I am rather picky about erotica). Mind you, I hardly read erotica (not saying I don’t enjoy it, but it is so hard to find a decent erotica,) however, when I began Cain and hit those steamy scenes, I couldn’t put the book down.

I then stumbled into the dark secret the family holds, passing down from generation to generation the power the original Cain was cursed with by God himself. The scenes where the mark was placed on the new heir was absolutely remarkable. They were vivid and well imagined, and you could feel the anguish of all the predecessors that took this mark just as the main character, Elias Cain, did.  Cain is one of my favorite stories and if you have read my novel Firefly of Immortality, you would see why this book called to me to read it.

The love interest of the main character is one that is rather epic. It is hinted at but never fully touched on, which leaves me wanting to read the entire series until he reveals the secret I already know about her *wink* Genevieve is a spectacular character and shows what the bonds of true love can be. She would follow Elias Cain to the ends of time.

Yes, one of my pet peeves is a cliffhanger book, and in this case how the book ends, but it was done nicely enough to satisfy my thirst for more.And it didn’t stop there. Not only did the images play out in my head throughout the book, but I could feel the imagery and vivid imagination the author used to pen this (yes I am going there) masterpiece. This is a rare find that doesn’t revolve around your normal paranormal books you see offered by writers online. Fast cars, former rock stars, sex, violence, immortality, what more could you ask for in a book?

Elias never saw it coming. The deception had been flawless. He had looked into the dark eyes of his half-brother Qaylin. The torrent of anger and rage rose from the dark abyss of his soul at what this bastard had done. It was unlike anything he had ever felt before or since… A million times a million Cains screamed across the Heavens. Their voices echoed in his head demanding the blood of the betrayer, Qaylin!

Elias knew it was time he stopped fighting from a position of weakness. He had to get up and take the fight to the enemy’s doorstep and he only had a small window of time to do so. He would have to strike while they thought he was beaten, then stand toe to toe against the forces of Hell itself. Somehow he had to even the odds and give him and his men a fighting chance to win. But his ancient enemies were powerful. It appeared as though the heavens had been eerily quiet as if the matters of men no longer mattered to the angelic host. It seemed Lucifer had full dominion over this mortal coil. If that was so, what chance did Elias and his men have against such an enemy?

“The Rage of Angels” is the explosive second book in the CAIN series.

Elias Raven scored again with his sequel to Cain: Sins of the Father. As stated in my review on book one, I am new to Elias’ writing. However, book two was no less approved than book one. It kept me on the edge of my seat wanting more, needing more. And when the book ended, I was left still wanting more. Rage of Angels went more in depth with the story development than that of Sins of the Father and you learn the answers to the questions left on your mind. Picking up exactly where book one left off was an A+ move for Mr. Raven. The plot development, as complex as it is, was intricately and poetically woven throughout the story from beginning to end. Normally I am put off by multiple first person POV’s, but this book was well thought out enough to where I enjoyed delving into the minds of each character I would definitely recommend this series to those that enjoy suspense thrillers and paranormal happenings.

Secrets keep unfolding as the story progresses, and you find yourself in the heart of an epic battle that isn’t just on the earthly plain. In this sequel of the Cains lineage, we learn more about the holy battle of Angels vs The Fallen. Lucifer becomes more of a spotlight and we learn more about Quaylin and the origins of his mother. From start to finish, I devoured this book. Much like my love for The Mortal Instrument series, I had this book read within hours of opening it. It captivated me how intricately woven the details were and how he spun such a story of our favorite biblical son. People have been kidnapped, mind tortured, and beaten within licks of death. I cannot wait to read the next installment of this series. I HAVE to know where the story goes!

This site uses Akismet to reduce spam. Learn how your comment data is processed.

This entry was posted on October 28, 2016 by Kasey Hill in Book Tour, Writing and tagged author spotlight, book review, Cain: Rage of Angels, Cain: Sins of the Father, Elias Raven.

My Blog Posts and Updates

THE WASTELANDS OF OZ

THE WASTELANDS OF OZ